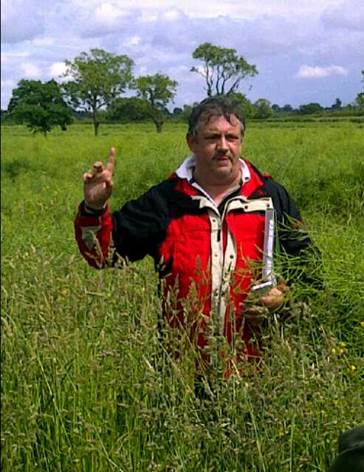 The 1460 battle of Northampton was a key battle in the Wars of the Roses. It was the first time artillery was used en-masse and was the only time a field fortification was assaulted. The battle was also mired in international intrigue and featured the only massed ex-communication of the war. King Henry VI was captured for the first time and it was in its immediate aftermath that the Yorkists first claimed the throne. Despite this, until recently the battle has remained relatively unknown, The talk tells the story of the battle and shows its likely location.

Mike Ingram is a historian, author, lecturer and battlefield guide specialising in the Wars of the Roses and medieval period. As well as his books, he has been a consultant for a number of Wars of the Roses exhibitions and writes for a variety of magazines including Medieval Warfare.  His last book “Battle Story: Bosworth 1485” was published by History Press in July 2012 and his new book “The Battle of Northampton 1460” was published early in 2016. He is the current chair of the Northampton Battlefields Society, the Northamptonshire representative for the Battlefields Trust and a trustee and Director of the Naseby Battlefield Project.