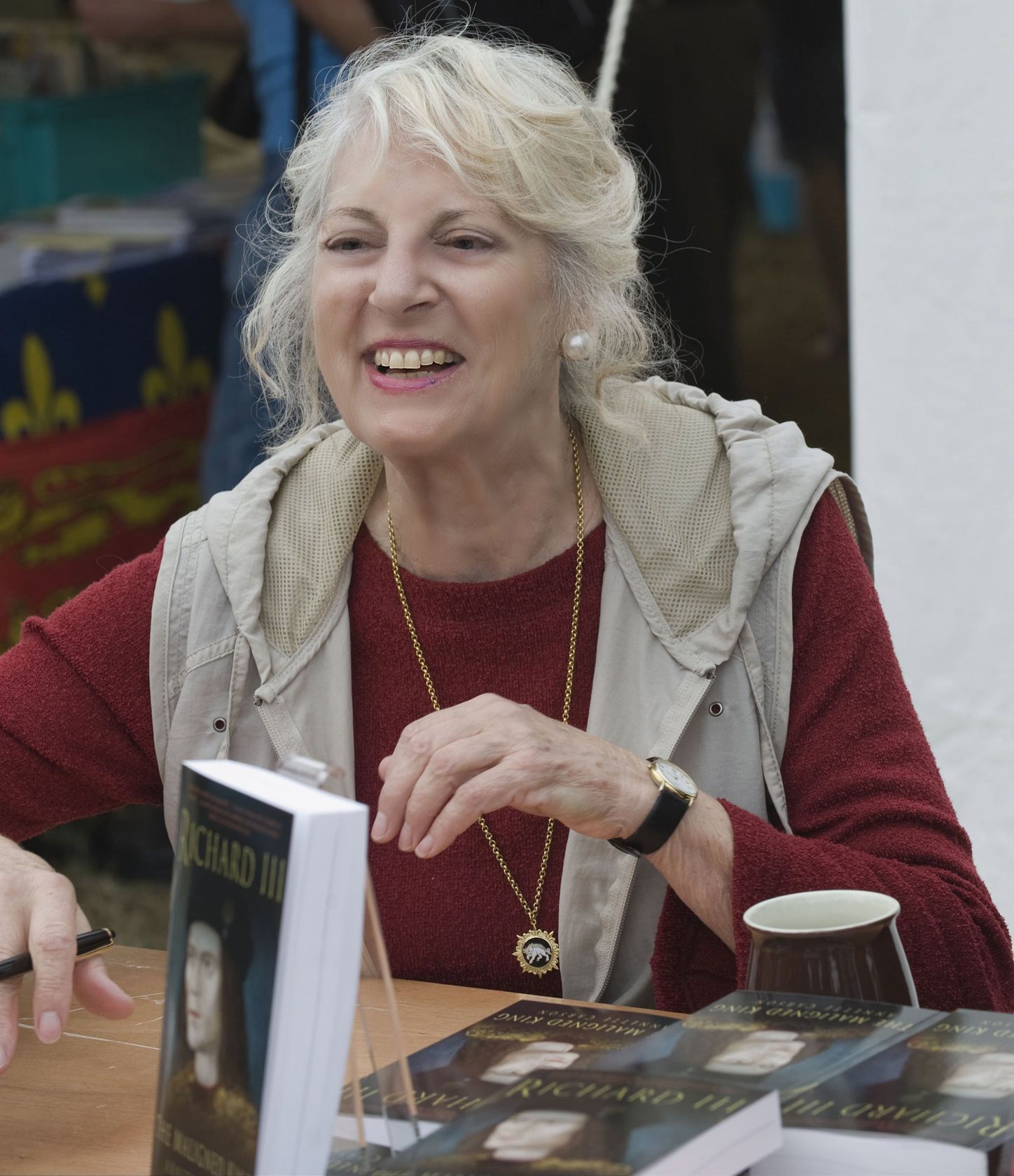 This talk is intended to embrace finding Richard III in two ways. First of all finding the real, historical king who has been hidden for five centuries under myths and distortions – many deliberate, many just born of ignorance. Taking the trouble to look at the reality of his lifetime reveals a very different Richard from the evil monster-figure invented by his enemies. The second part gives a glimpse of finding his mortal remains as a member of the Looking For Richard Project whose historical research identified his last resting-place in Leicester in 2012.

New York Times bestselling author Elizabeth Chadwick is one of the UK’s foremost historical novelists with a particular interest in the Middle Ages and the Angevin period.  She has recently written a three book trilogy about the iconic Eleanor of Aquitaine, and is particularly well known for her works on the Marshal family – A Place Beyond Courage, The Greatest Knight and The Scarlet Lion.  The latter was selected by Richard Lee, founder of the Historical Novel Society as one of his top 10 historical novels of the decade.

Her specialist subject is the great William Marshal who rose from relative obscurity to become a jousting champion par excellence, companion of kings, earl of the realm, regent of England and saviour of the Magna Carta toward the end of his life.  Elizabeth will be talking about the life of this great man and the impact he still has on society today. Elizabeth is currently working on a novel about William Marshal’s time on pilgrimage in the Holy Land between 1183 and 1186.  She is a member of re-enactment society Regia Anglorum, and is also a member of the Royal Historical Society. When not writing, fiction she continues to research her chosen period purely for interest and enjoyment.

It has been said that the past is another country, but it’s Elizabeth’s opinion that it’s us as we were then, and all we need to do is look over our shoulders and adjust the lenses on our binoculars in order to see