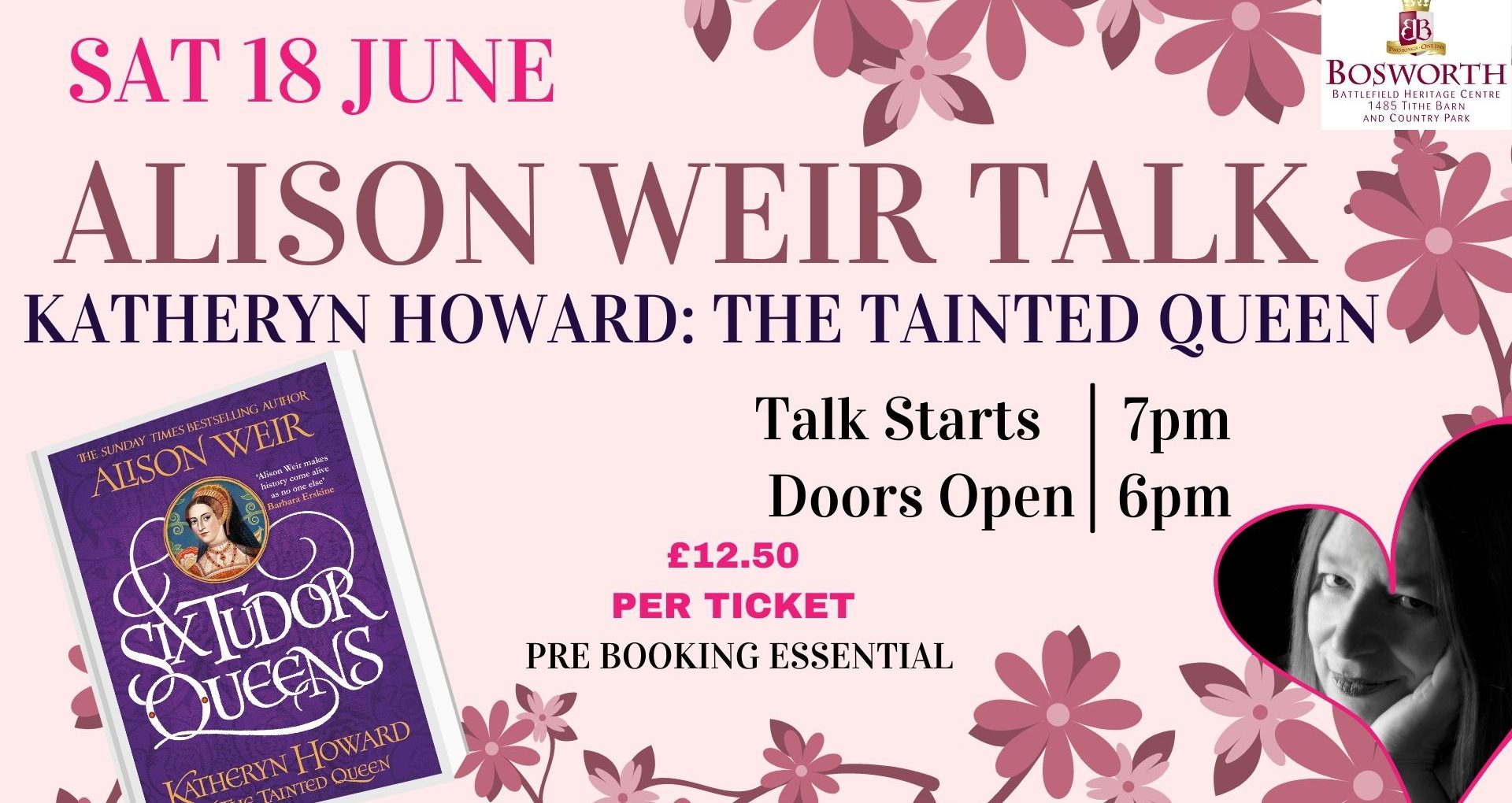 Join Alison Weir  in the beautiful surroundings of The Tithe Barn at Bosworth Battlefield Heritage Centre for this talk about book five “Katheryn Howard – The Tainted Queen” in the Six Tudor Queens series.

Alison Weir is the biggest-selling female historian (and the fifth best-selling historian) in the United Kingdom since records began in 1997. She has published twenty-three titles and sold more than 3 million books – over a million in the UK and more than 2.1 million in the USA. She is now working on two concurrent series of books: Six Tudor Queens, comprising six novels on the wives of Henry VIII and England’s Medieval Queens, a quartet of historical works of non-fiction.

A naive girl, thrust forward by her ambitious family. A pretty girl, who has captured the heart of a king.

She delights in the pleasures of being queen. The King tells the world she is a rose without a thorn. He extols her beauty and her virtue. But Katheryn has a past of which Henry knows nothing. It comes back increasingly to haunt her, even as she courts danger yet again.

Alison Weir relates one of the saddest chapters in English history.

“The best yet. They get better and better. I think Alison captured her personality with great understanding and empathy and respect. Motivations and circumstances are brilliantly explored in this novel.” (Carol McGrath, author of The Woman in the Shadows and the Daughters of Hastings trilogy)

“This is a beautiful and well-written account of Katheryn’s life, from a different perspective; and I would recommend it for young adult readers upwards. It is a wonderful novel and well worth reading.” (The Bookbag)

Following the talk there will then be an opportunity for questions, followed by book sales (there will be hardback copies of Katheryn Howard: The Tainted Queen, along with paperback copies of previous Titles within the Tudor Queens Series) and signings.

One lucky customer will also win a signed book. 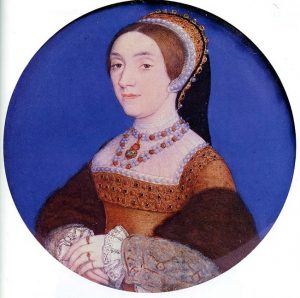 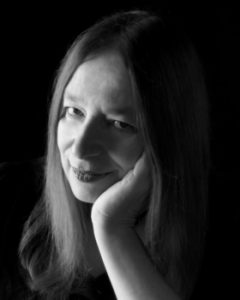