Discover The Romans at Bosworth

Bosworth Battlefield is world renowned for its part in the shaping of British history in 1485, but did you know that we also have an exciting Roman story to tell?

During the archaeological survey to try and find the true location of the much disputed Battlefield between 2005 and 2012, the archaeologists discovered a previously unknown Roman temple site close to the Centre. Appropriately enough the finds from the site suggest that the temple was dedicated to Mars, the God of War, and would, therefore, have been regularly visited by Roman soldiers in the area. The Temple is just off a Roman road that once linked Roman Leicester with a fort on the Watling Street at Mancetter (next to modern day Atherstone).

The local story doesn’t end there though, as one of the suggested sites for the last stand of Boudica and her huge army of rebel Celts in 61AD is thought to be just outside Mancetter.

We have developed a fun and engaging learning programme covering various aspects of Roman life, including the life of a Roman soldier and finding out why some Celts hated the Romans from none other than Queen Boudica herself. See their weapons and hear their arguments and you can then make up your mind who you would fight for come the revolution!

If you would like to bring your class to this exciting session on site once we have reopened,  you can find out more about it by visiting here. 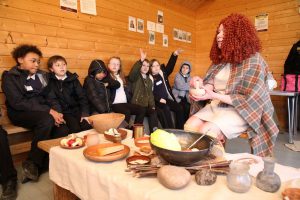 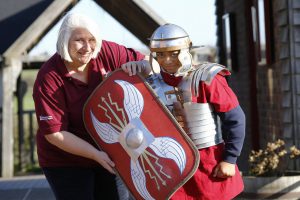 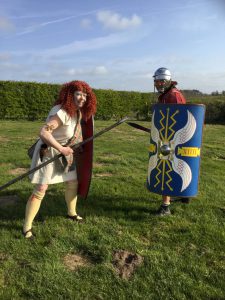