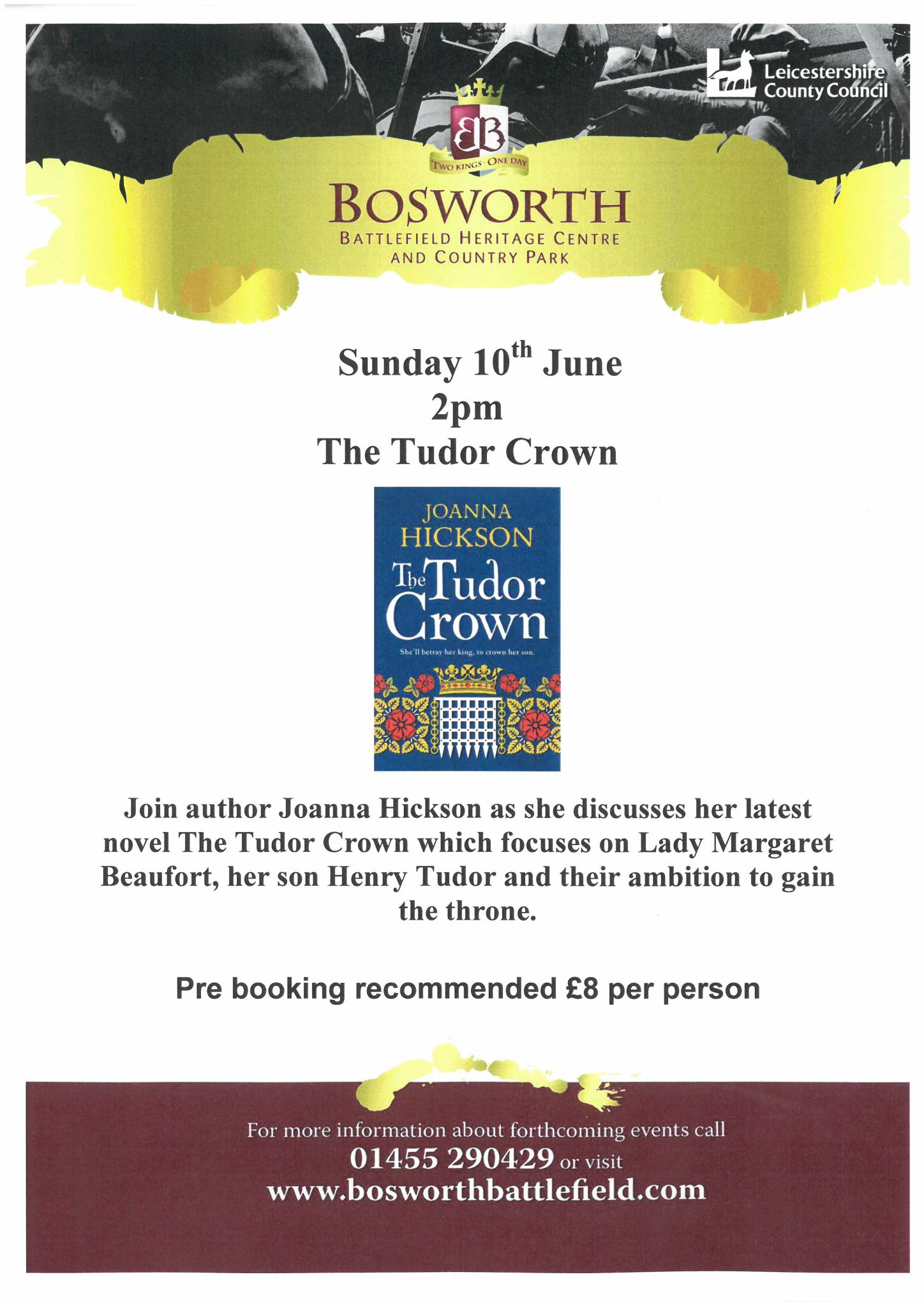 Join author Joanna Hickson as she discusses her latest novel “The Tudor Crown” which focuses on Lady Margaret Beaufort, her son Henry Tudor and their ambition to gain the throne in the Heritage room at Bosworth Battlefield.

The talk will last about an hour and will be followed by the opportunity to ask the Author questions.

Copies of The Tudor Crown will be available to buy and Joanna is more than happy to sign them.

Joanna Hickson was born in England but spent her early childhood in Australia, returning at thirteen to explore her first castle and develop a fascination with medieval history. She also discovered a love of words in all their guises, took a degree in Politics and English and a career in journalism, spending twenty five years in the BBC producing and presenting News and Arts programmes for TV and Radio. Joanna is now writing fiction set in the period she fell in love with as a child, indulging her passion for bringing the past to life. She is married, lives in an old farmhouse near Bath and has a large extended family living on both sides of the world. She welcomes contact on Facebook (Joanna Hickson) and Twitter (@joannahickson) but warns that she spends a lot of time in the fifteenth century!