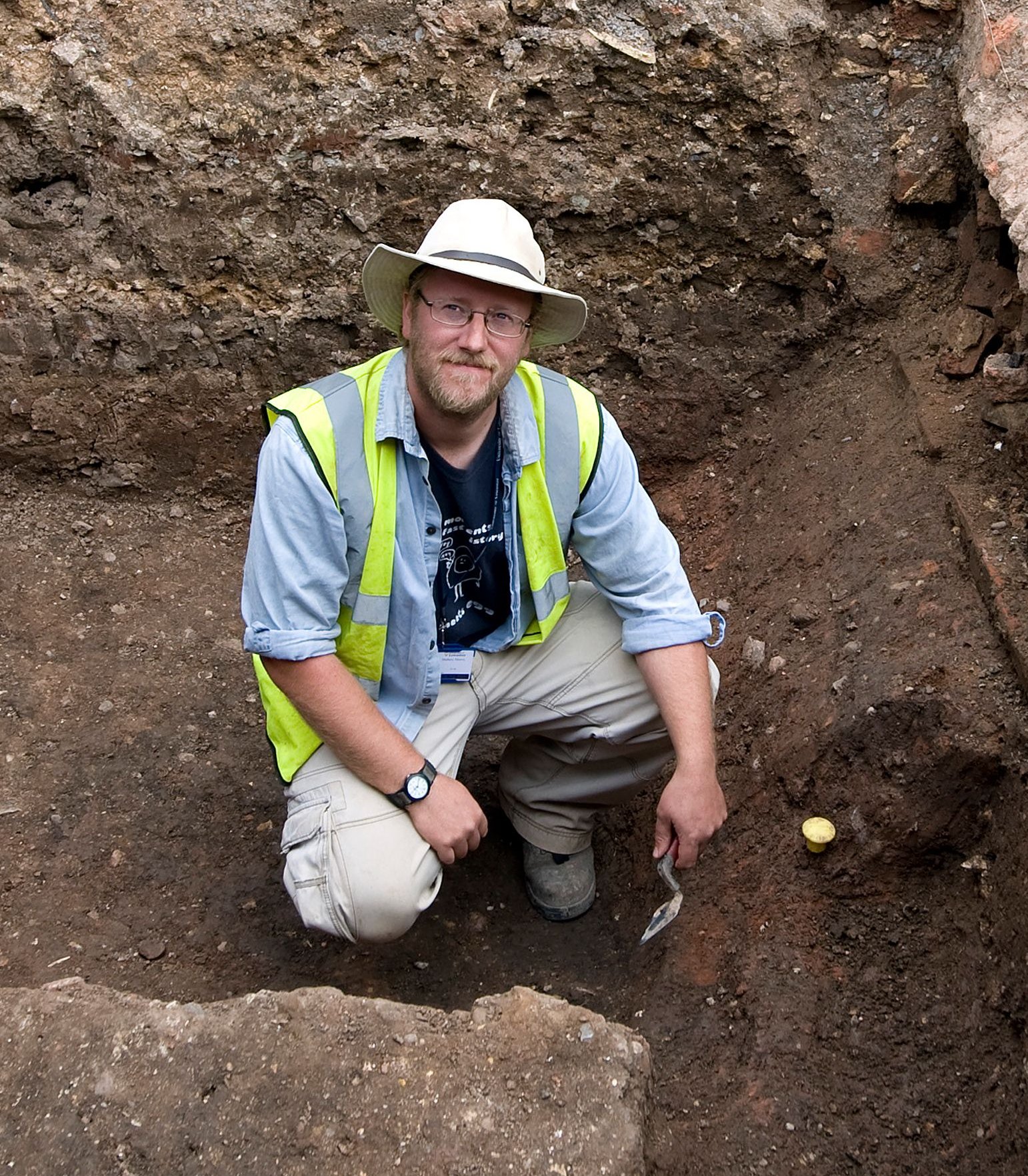 The search for the historic burial place of King Richard III, Mathew Morris, one of the lead archaeologists on the Grey Friars Project, will describe what the latest archaeological and historical research reveals about the history and development of this important medieval institution and the people who worshipped at and were buried in the church of the Grey Friars, including the stunning discovery of a mysterious high status lady buried in a lead coffin.

Some notable projects include the Highcross Leicester retail development, a massive multi-period urban excavation investigating the north-east quarter of the Roman and medieval town; the Western Road Roman cemetery in Leicester, work on Oakham and Leicester Castles and the Leicester Greyfriars, and the first excavated section of the Lower Icknield Way at Aston Clinton in Buckinghamshire. He is also project manager for the Bosworth Links Community Archaeology Project which is exploring the history of Market Bosworth in Leicestershire by digging test-pits in peoples back gardens.