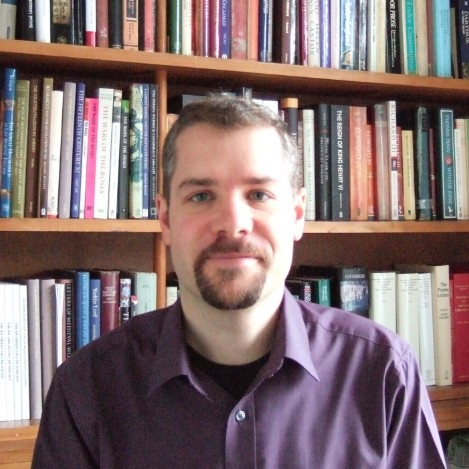 In an age of personal kingship, understanding the character of King Henry VI of England (reigned 1422-61, 1470-1) and the ways in which he was spectacularly ill-suited to be king, hold the key to understanding the disasters that engulfed England during his reign, including final defeat in the Hundred Years War and the outbreak of civil war. The talk will investigate Henry’s personality and his role in the early stages of the Wars of the Roses

Dr. James Ross is a Reader in Late Medieval History at the University of Winchester. He has written widely on late medieval English history, kingship and nobility, including books on Henry VI and John de Vere, Thirteenth Earl of Oxford, 1442-1513. The Foremost Man of the Kingdom.

He is currently leading a project making the Chamber Books of Henry VII and Henry VIII (1485-1521) freely available online www.tudorchamberbooks.org.