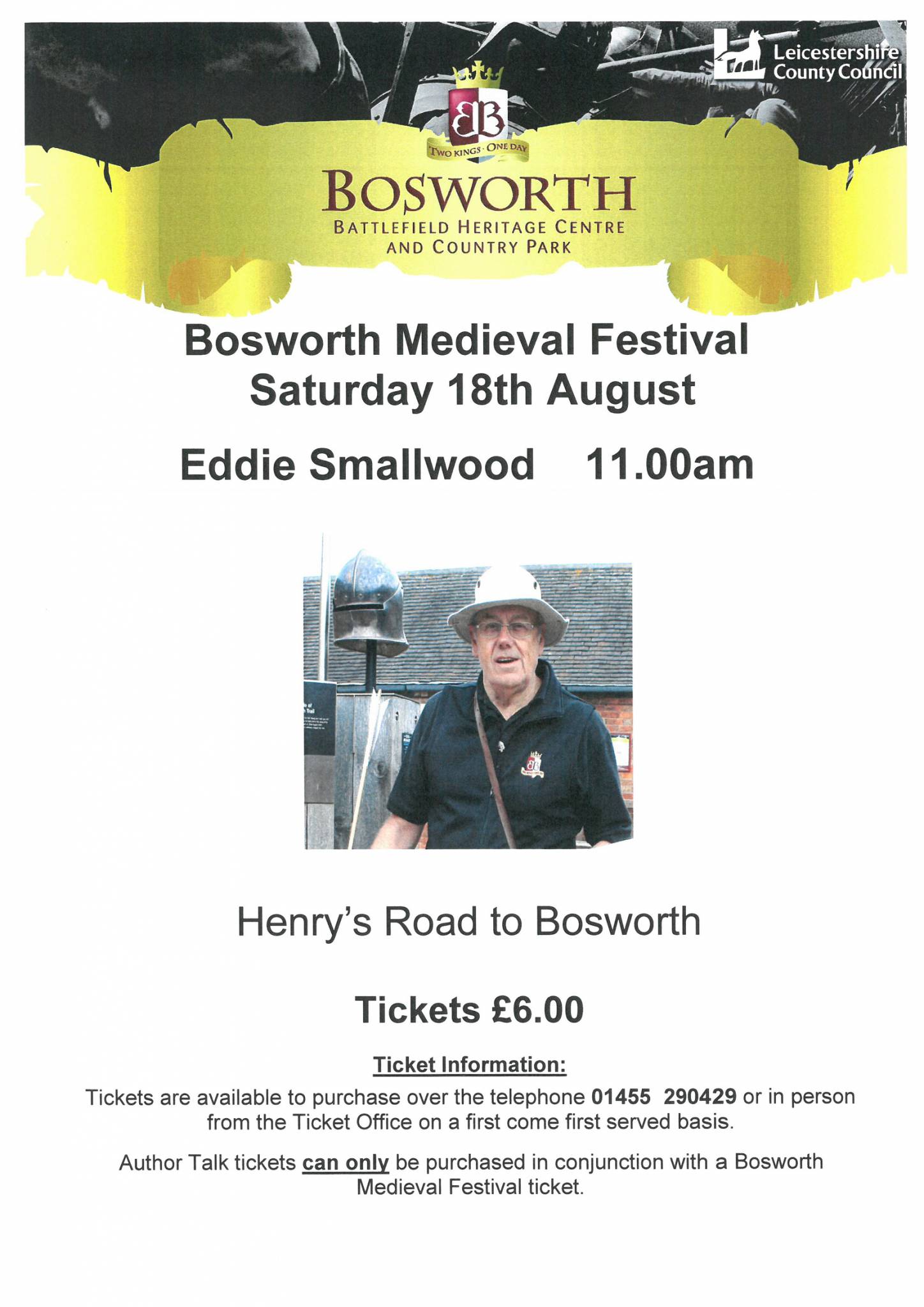 ‘Hear the story of the rise to King of Henry Tudor.  From 1471 when he went into exile as a young boy to his return to these shores in 1485 and the subsequent unlikely victory over King Richard III to become King Henry VII and begin the Tudor Dynasty.

Bosworth Battlefield guide Eddie Smallwood has researched this journey of Henry, from Earl to King, from France to England and will explain where this journey took him, what he did and who supported him in his quest for power.’